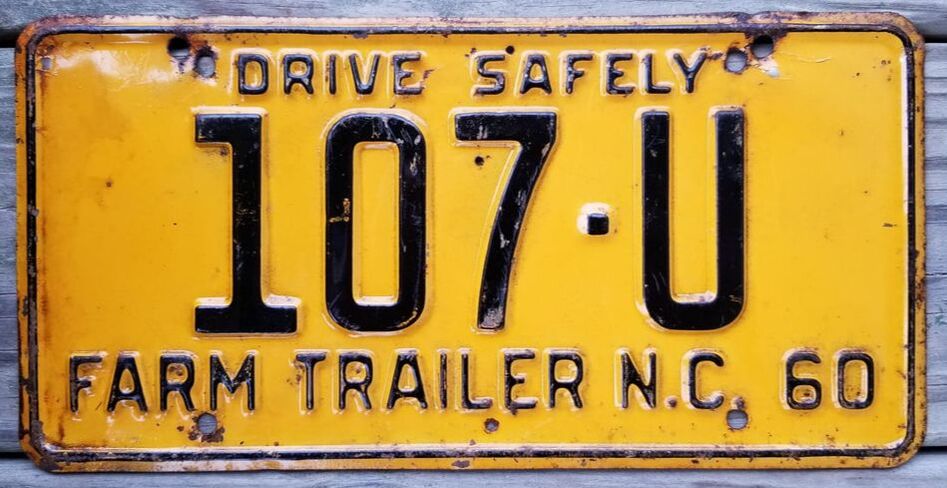 Photo by Facebook via Jason Ecker
It began with the picture above being posted on the Facebook group Carolina's License Plate Collector's Club. Immediately it was noted that this type of plate had never been seen before by other members in the group. So with all of the license plate collectors from the Carolinas and the nearly 50 years of plate meets, just how was this plate overlooked? Well, the fact is there are a lot of plates that have been overlooked and their types not known for years. But this new "farm trailer" type is pretty obvious being embossed on the bottom and not to mention the odd U suffix.

A quick look at the blotters of 1956 and 1963 does not show the type. A 1960 plate would have had to been approved in the NC General Assembly before being issued meaning it had to be passed either in 1957 or 1959. The 1959 session shows where types of plates for both farm trucks and trailers were introduced. The following session in 1961 shows where the law was repealed on May 2nd of that year. So the Farm Trailer plates were only issued in 1960 & 1961 and judging by the 107th plate issued in the picture, there probably were not many issued. After all it took 60 years for this one to surface. Look for a color picture of this plate coming soon in the archives section.